Kalaripayattu martial art Kerala (pronounced as Kalarippayatt) is a martial art, which originated as a fight style in Kerala, southern India (North Malabar). The word Kalari first appears in the Tamil Sangam literature (300 BCE to 300 CE) to describe both a battlefield and combat arena. The word Kalari tatt denoted a martial feat, while kalari kozhai meant a coward in war. Each warrior in the Sangam era received regular military training. It is considered to be one of the oldest surviving fighting systems still in existence in the world. It was originally practiced in northern and central parts of Kerala and southern parts of Tamil Nadu. Kalaripayattu has three variants, which are distinguished by their attacking and defensive patterns. There are three schools of Kalari. They are : 1) Arappa kayy 2) Pilla Thangi 3) Vatta thiripp

Kalaripayattu had developed into its present form by the 6th century, during an extended period of warfare between the Chera and Chola dynasties.Kalaripayattu includes strikes, kicks, grappling, preset forms, weaponry and healing methods. Regional variants are classified according to geographical position in Kerala; these are the Northern style from Malabar region in north Kerala practiced by the Central style from inner Kerala and the southern style from Thiruvitankoor. Northern kalaripayattu is based on elegant and flexible movements, evasions, jumps and weapons training, while the southern “Adi Murai” style primarily follows the hard impact based techniques with priority on empty hand fighting and pressure point strikes. Both systems make use of internal and external concepts. Vedic sage Agastya is regarded as the founder and patron saint of southern kalaripayat, silambam and varmam an ancient science of healing using varmam points for varied diseases.

In this 1 day Kalaripayattu  tour you will experience different steps in Kalaripayattu by experts and students of the Kalari Institute in Kasaragod. A guide will accompany you to Kalari. Rs 6,000 package cost is for 4-5 hours of Kalari performance. Group of photographers or researchers can benefit from this tour. Group limit 2-6 people. 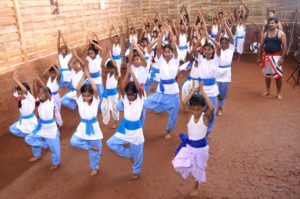 Back to Kannur Home 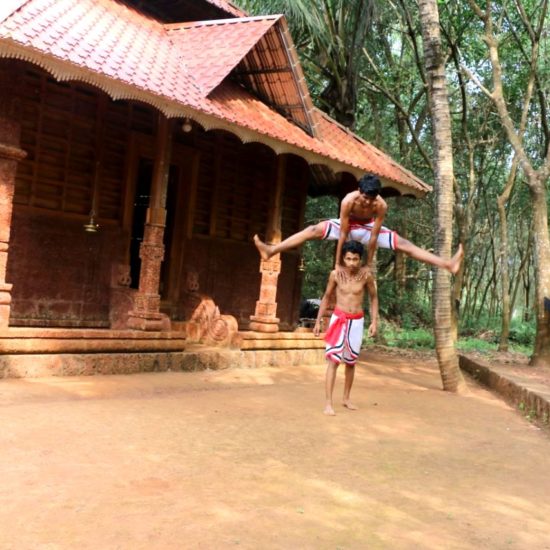 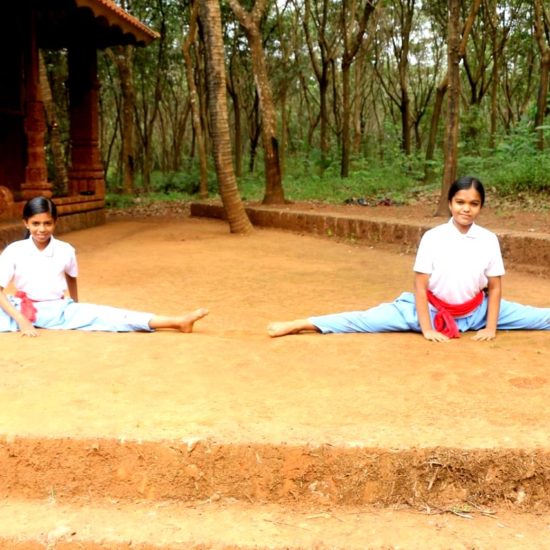 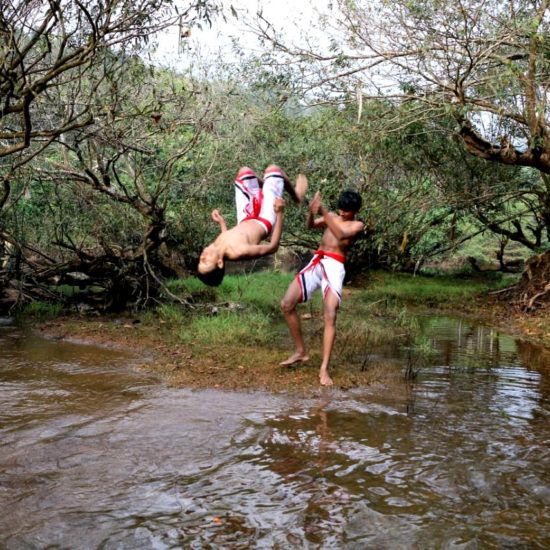 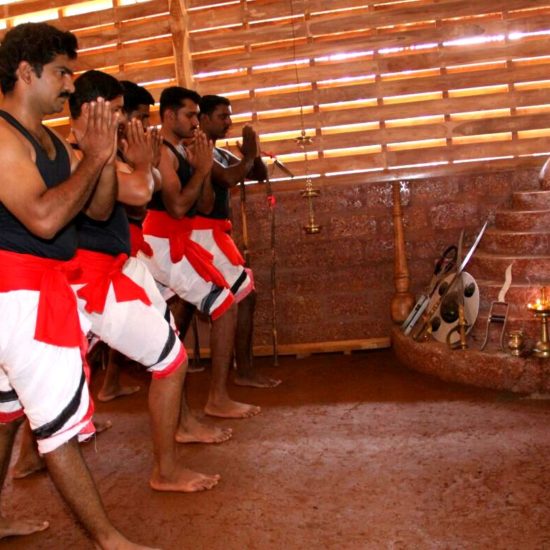 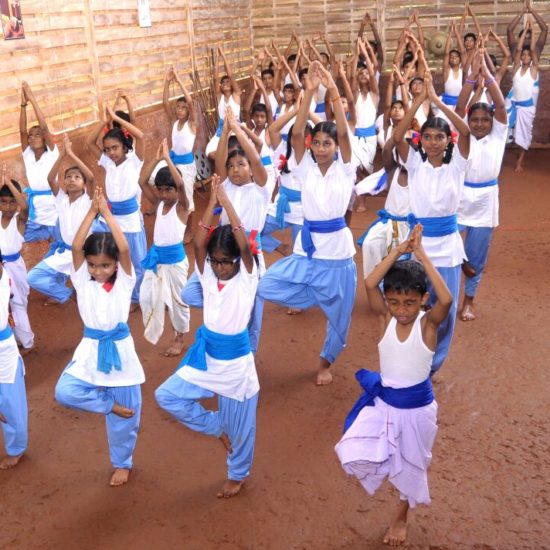 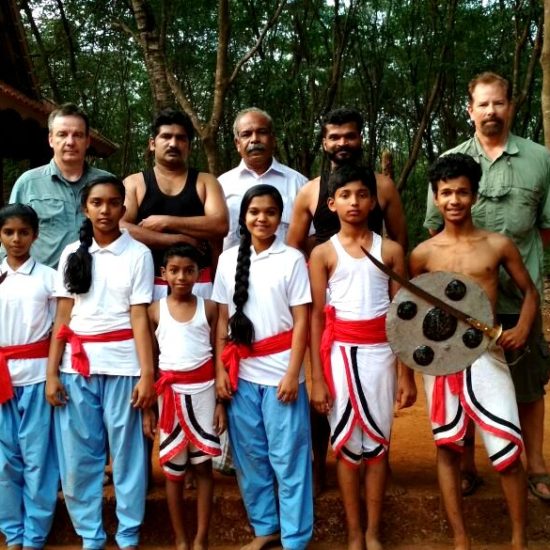 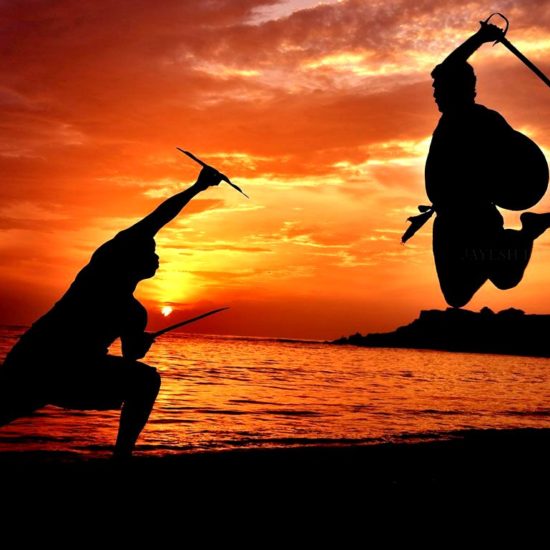 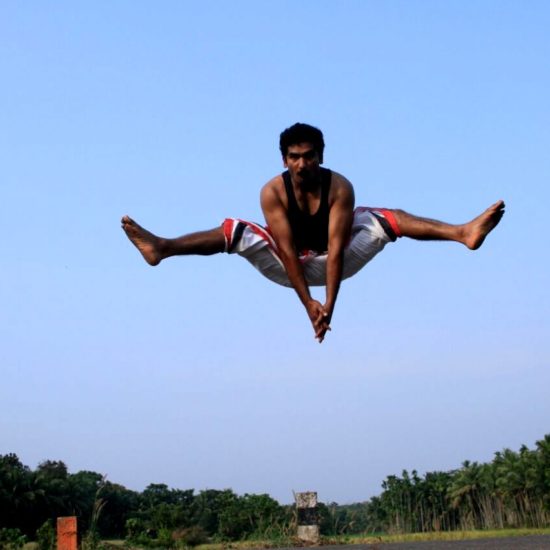 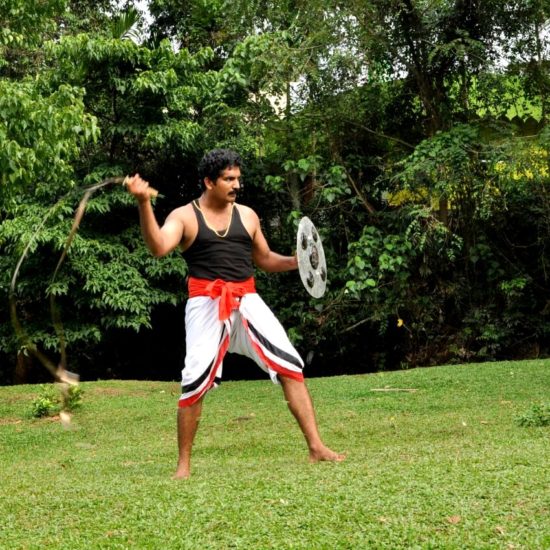 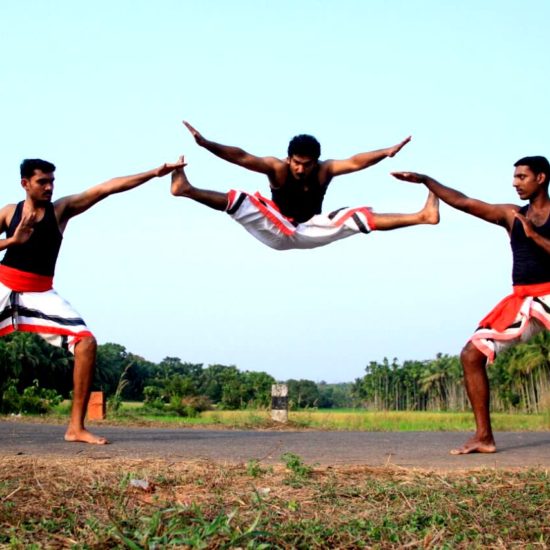 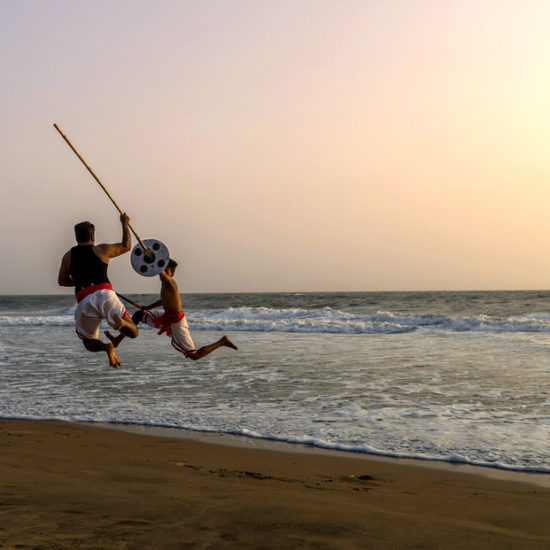 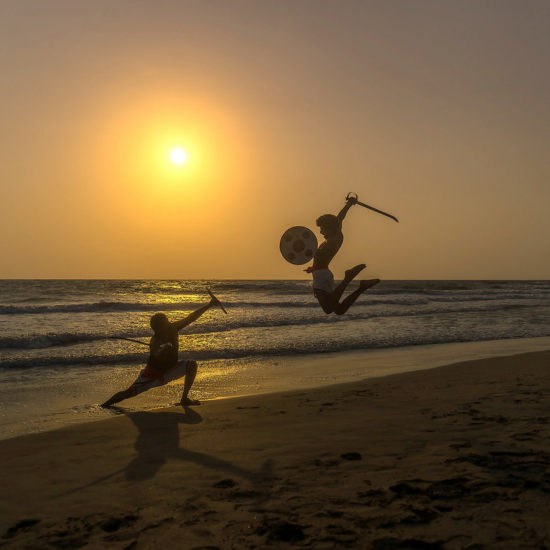